Packet.net offer an ARMv8 server with 96 cores for $0.50/hour. I signed up and tried building Libreoffice to see what would happen. Debian isn't officially supported there yet, but they offer Ubuntu, which suffices for testing the hardware. 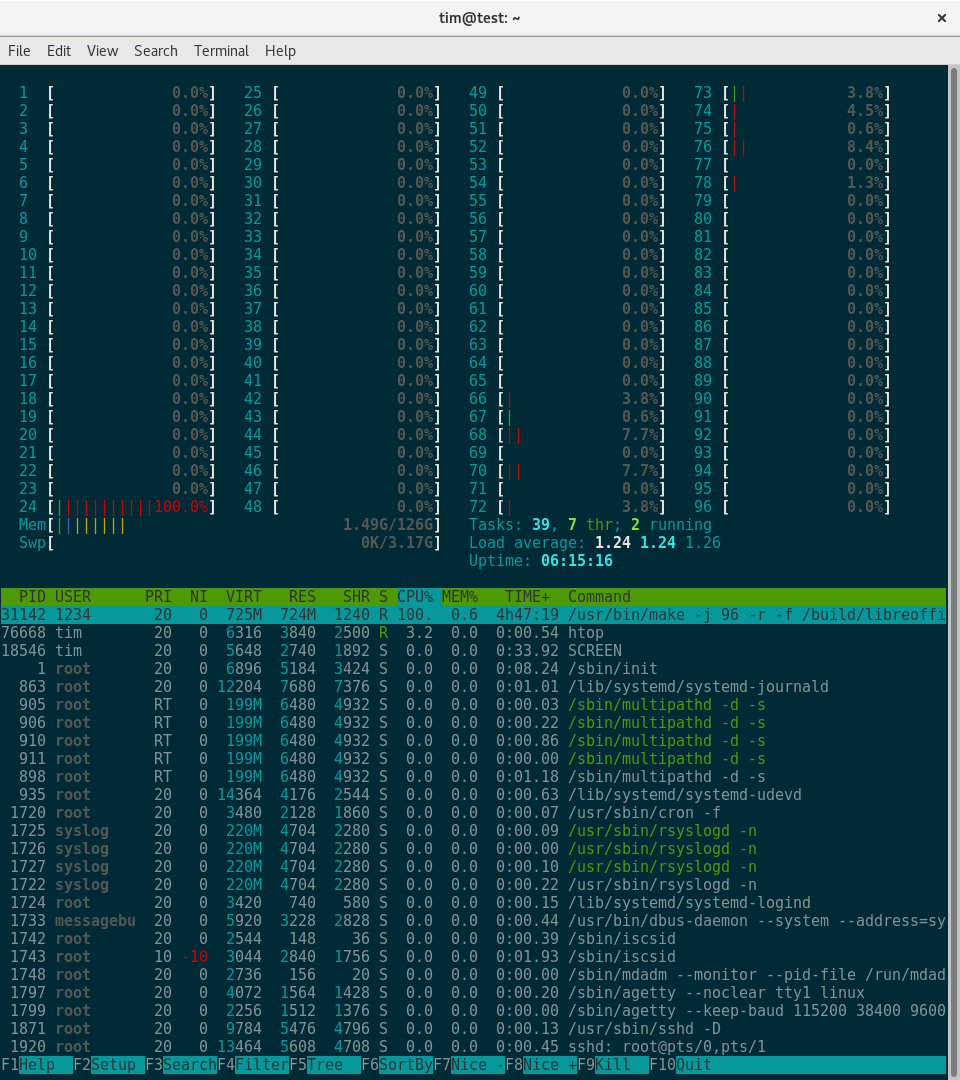 Most of the Libreoffice build appeared to consist of "touch /some/file" repeated endlessly - I have a suspicion that the I/O performance might be low on this server (although I have no further evidence to offer for this). I think the next thing to try is building on a tmpfs, because the server has 128GB RAM available, and it's a shame not to use it.