It's my first Father's Day! Sophie was born 2 months ago (3345g or 7lb 6oz), and I've been on a blogging hiatus for quite a bit longer than that. She's very cute. 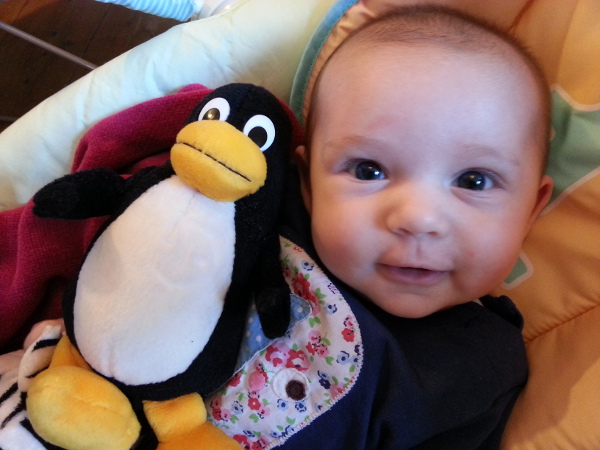 I am getting into the swing of fatherhood - lots of nappy changing. :) I took my two weeks of paternity leave, but spread the second "week" over two weeks by working just afternoons, which gave me lots of time with mummy and baby. We watched a DVD called "The Happiest Baby on the Block", and mastered the techniques therein (mainly swaddling and white noise). So all things considered, we're getting quite a bit of sleep.

Sophie is very curious about my typing, and leans towards anything she's interested in... so she's currently suspended at an angle besides me. Maybe she'll be interested in what her parents do, when she grows up. :) But for now, we're enjoying that she's learned to smile.